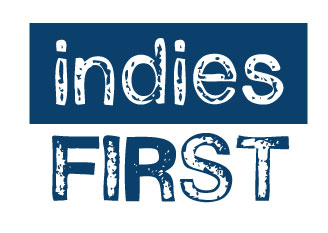 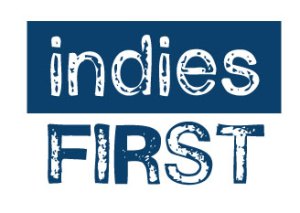 I have often said that indie bookstores have a symbiotic relationship with 2nd and 3rd tier authors. I suppose that symbiosis got a little out of hand when I bought a bookstore, but that’s another subject entirely. When Stephen King writes a new book, it doesn’t matter to him whether a little store like mine promotes it. His publisher will throw a fat marketing budget at it, his massive fan base will be all abuzz, and the book will hit the New York Times bestseller list before it even comes out. It’s a different matter for most authors.

When I write a new book, it makes a huge difference if a few independent bookstores pick it up and hand sell it. Small stores can launch an author. And one big author event can pay off that last big bill that pushes an indie store into profitability for the month. Don’t get me wrong; indie bookstores need J.K. Rowling and John Grisham and (sigh) Dan Brown. But authors like them aren’t going to show up in Red Lodge, Montana to do a book signing. Craig Johnson, on the other hand, still remembers the stores that hosted him back when he was relatively unknown, and still does his “outlaw motorcycle tour” each year where he signs at little stores like mine.

A few months ago, Sherman Alexie (author of The Absolutely True Diary of a Part-Time Indian, among other books) wrote an open letter to other authors suggesting that Small Business Saturday would be a perfect opportunity for authors to show their support of indie bookstores by becoming an honorary bookseller for a day. He said we could call it “Indies First.” His idea, in the e-parlance of today, went viral. Authors jumped on the idea, and the American Booksellers Association stepped in to help pair up authors with stores.

On Small Business Saturday, which fell on November 30th this year, over 1,000 authors showed up at their favorite bookstore to sell books. Not just their own books. These authors did what the people in the stores do every day: they talked to shoppers and helped them pick books for themselves and for gifts.

Craig Lancaster came to my store that day — and it warmed my heart that an author published by Amazon still loves the brick & mortar stores! Craig introduced himself to everyone that came in the store and told them about Indies First. Normally, when Craig is in my store, I’m telling everybody about his books: Edward Adrift is as good as (dare I say “better than”?) 600 Hours of Edward. I really enjoyed his short story collection, Quantum Physics and the Art of Departure, and I think you’ll like it, too. That day, however, I got to listen to Craig helping people find good books by other authors. Sure, we sold some of his, but I enjoyed hearing what other authors he recommended.

I think that the Indies First program is a wonderful idea. It does sadden me a bit that we need to do it. A section on a website entitled, “People who looked at this book also bought these books,” isn’t a substitute for talking to someone who’s knowledgeable about books, and that’s what indie stores are all about. Back before I bought a bookstore, I used to seek out the indies because shopping at the big stores was frustrating. I could never find anyone who actually knew their inventory or knew how to answer my questions. Even though I own a store now, I still visit other indie stores when I travel. After twelve years in the business, I continue to learn from people in those other stores, and they often recommend books I wouldn’t have thought of reading — or giving as gifts.

The timing on Indies First was also just right. Most of us manage to muddle along finding good things to read for ourselves. But finding good books as gifts can be more challenging. That’s where the perspective of the authors helps. They can come up with ideas for gift-giving that the store staff might not have thought of. With Christmas approaching, that’s invaluable.

Thank you to Sherman Alexie for coming up with the idea, to the American Booksellers Association for promoting it, and to Craig Lancaster for bringing it to my store. It made a difference to us.