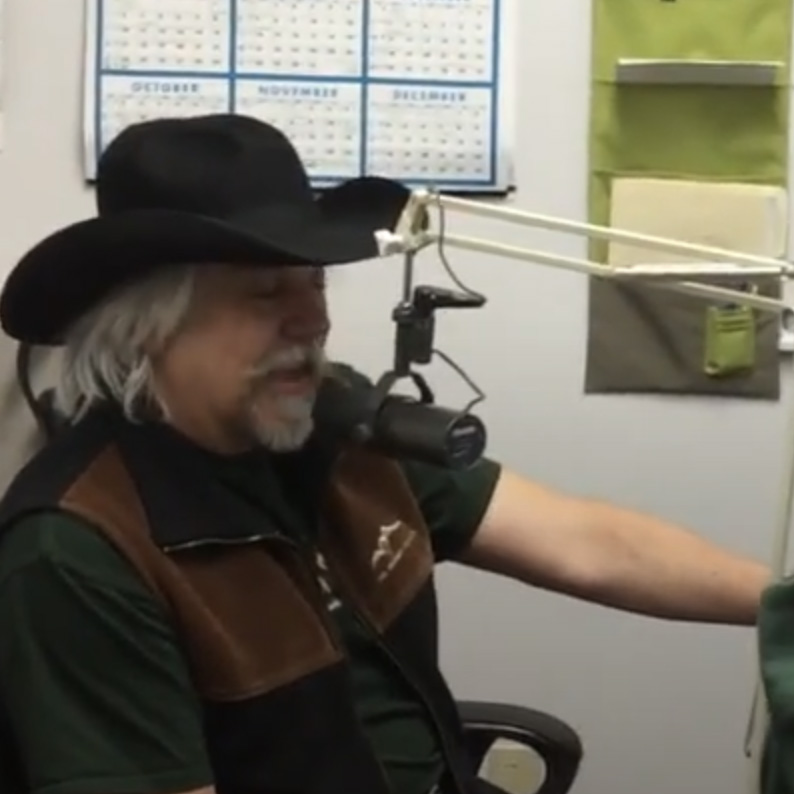 This year, we decided to try something different. We love the town where we live, and Kathy & I are both heavily involved in Red Lodge. She works on the Christmas Stroll every year and I’m the announcer for the big 4th of July parade. We’ve served on volunteer boards all over town, from the Chamber of Commerce and Downtown Merchants & Lodging Association to the Yellowstone Wildlife Sanctuary and the Festival of Nations.

So I wrote a Red Lodge version of the Clement Moore’s original in 2017, and Kathy did a little video as I read it on the air. We hope you enjoy it!

The video is from that 2017 reading. The lyrics below are slightly modified for 2020, where Kathy and I read it together, alternating verses.

A Red Lodge Night Before Christmas

‘Twas the night before Christmas in Red Lodge, Montana
The whole town was anxiously waiting for Santa;
There were cookies laid out with some milk in a cup,
In hopes that St. Nicholas soon would show up;

The children were nestled all snug in their beds;
While visions of snowboards and skis filled their heads;
My wife in her jammies all festive and red,
Had turned off the Xbox and joined me in bed.

And then a commotion arose in the street;
“A burglar!” I cried as I leaped to my feet.
Away to the window I ran with my gun,
And my wife grabbed hers too, since she won’t be outdone.

The noise had awakened the huge turkey flock,
Asleep in the tree at the end of the block,
But the thing that had caused me that night to arouse,
Was a beat-up old sleigh pulled by eight Angus cows,

With a chubby old driver in Carhartts and jeans,
Grabbing his Stetson and urging his team.
Sauntering slowly his cattle they came,
And he whistled, and shouted, and called them by name:

“Now, Stevie-Ray, Burger and Daisy and T-Bone!
On, Clarabelle, Bessie, on Brindle and Joan!
Drag this sleigh right away to the roof of the house,
Or we’ll have you for dinner with taters and grouse!”

They grunted and puffed and they snorted and moo’ed.
They dragged that old sleigh so they wouldn’t be food.
And up to the rooftop they pulled old St. Nick,
But nobody’s saying those cattle were quick.

And then moments later, I heard on the roof
The prancing and pawing of each big ol’ hoof.
As I drew in my head, and was turning around,
Down the chimney St. Nicholas came with a bound.

He was dressed in a duster all sooty and black,
Three layers of shirts kept him warm front and back;
He carried a bag stuffed with candy and toys,
And he looked like he’d had a few drinks with the boys.

He had a big grin from one ear to the next
And I looked at him more than a little perplex’d
He said, “2020’s a pretty rough year,
But it’s Christmas and twenty-one’s practically here!”

That man had a smile that would set you at ease,
On that cold winter night it was like a warm breeze.
He laughed long and deep and I’ll never forget
How I saw in that moment that he was no threat.

He smiled and he said that those toys weighed a ton,
He laid down his sack and I laid down my gun.
I gave him a Helio straight from the fridge,
He winked and he said, “Well, I’ll just have a smidge.”

He drank down his beer and he dropped to one knee,
Putting our presents all under the tree.
He rose to his feet and his knees he unbent,
And giving a wink, up the chimney he went.

He sprang to his sleigh, to his cows gave a yell,
And away they all flew with a bovine “Noel.”
And I heard him exclaim, ere he drove out of sight—
“Merry Christmas to Red Lodge; to all a good night!”