A few years ago, I got to wondering how many different states were covered by my Who Pooped? series, and it led to a blog post that is now obsolete, as the series has grown since then. This post updates and replaces that one.

In the beginning, each book in the series was for a specific national park, and most of those national parks were tucked securely in a single state (Yellowstone does span three states, however). As the series progressed, the books covered more ecosystems than specific parks, and sometimes those covered multiple states. That got me thinking: what states does this series cover? 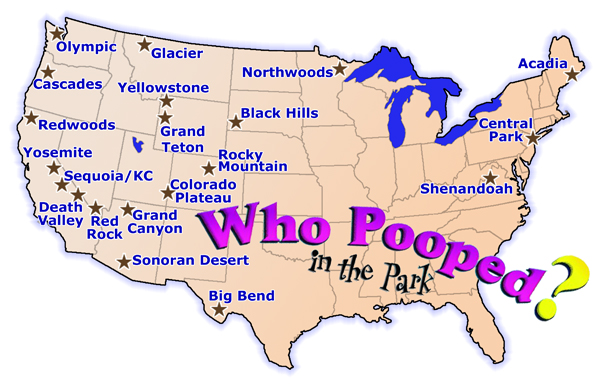 So far, the series covers 19 states in 20 books — some books cover multiple states and some states have multiple books. The number of national parks, national conservation areas, national monuments, national recreation areas, and national forests is significantly larger than that. I haven’t compiled that list lately. A project for another day!