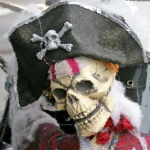 Last Wednesday, July 6, a group of major Internet Service Providers (ISPs) entered a voluntary agreement with the music and movie industries (MPAA and RIAA) to enforce copyrights on their customers’ websites. When someone (most likely the RIAA or MPAA) notifies your ISP of a potential copyright violation on your website or through P2P usage, you will receive a warning. The first four warnings are “educational” in nature, with no penalty and no appeal. As you move up to the fifth and sixth warning, the “mitigation” stage kicks in, and you could find your access speed throttled back or a landing page that comes up every time you try to access the Internet.

This bothers me on several levels. Even though the ISPs won’t be monitoring your Internet traffic, and disconnection isn’t one of the possible punishments, it puts Big Daddy right in your office or living room. And the penalty phase seems misguided to me. Once you’ve reached the fifth or sixth warning, and the ISP has applied a penalty, you have the option to appeal. Unfortunately, you have to pay for the appeal ($35.00), and your reasons for appeal are highly limited.

The memorandum of understanding lists six possible grounds for appeal (the misnumbering is theirs, not mine):

Does anyone else notice a glaring omission on that list? If someone reports you for copyright infringement, you can’t say “Piss off; I own that!” I suppose you could go for clause iii and say that you had given yourself permission, but remember you can’t appeal the first four warnings at all, and if someone reports you for placing your own copyrighted content on your website or blog, it will cost you $35 and some unknown amount of time to make the penalties go away.

I am interested in how this will affect writers. I have found copies of my work scattered all over the Internet, and found that most website operators ignore my requests to take it down. Although the RIAA and MPAA started the process that led to this memorandum of understanding (MOI), it opens with the following words:

Copyright infringement (under Title 17 of the United States Code) on the Internet (“Online Infringement”) — including the illegal distribution of copyrighted works such as music, movies, computer software, gaming software, e-books and the like via Peer-to-Peer (“P2P”) file exchanges and other illegal distribution via Internet file hosting, streaming or other technologies — imposes substantial costs on copyright holders and the economy each year.

Notice the inclusion of ebooks? This seems to imply that writers can contact an ISP and report violations under the terms of the MOI. Would this also include our articles, stories, poems, and audio books? How about digital copies of artists’ work? Well, apparently not. According to the MOI, notices of infringement may only be given by the “Content Owner Representatives,” which they define as the RIAA and MPAA. If your content is pirated, you can’t do a thing about it unless the RIAA or MPAA choose to respond.

If, however, those organizations do choose to pass through notices generated by individuals, it would create a whole new form of harassment. If you don’t like someone, report them for copyright infringement over and over and over. Even if they’ve done nothing wrong, it will cost them $35 each time to remove the mitigation measures.

This could be a very far-ranging contract, and there could be consequences unforeseen by the signers of the MOI.