← My day? This made my whole MONTH!
Pints for Prostates → 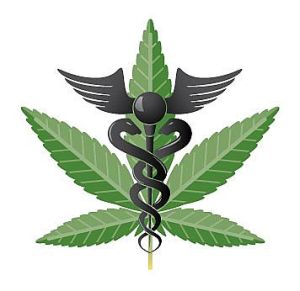 About seven years ago, I was diagnosed with lymphoma and given a 50/50 chance of survival. Within a matter of days, I had started chemotherapy and monoclonal antibody treatments. At that time, medical marijuana had not yet been legalized in Montana, so I used the legal medications: dangerous addictive narcotics for the pain and expensive experimental drugs for nausea and appetite stimulation. Comparing notes with cancer sufferers who used marijuana showed that their solution was cheaper, more effective, and had fewer side-effects.

When Initiative 148 made medical marijuana legal in Montana, I was pleased to see the progress. An overwhelming majority of Montana voters said that patients should get the best medication for their ailment, even if the Federal government didn’t support it. Last month, lawmakers in Montana showed their total disdain for the people who elected them by gutting the medical marijuana program. This astounded me. Why would they do such a thing? Marijuana is safer than narcotics (heck, it’s safer than alcohol!), and the Montana state constitution is very clear on the subject.

Section 1. Popular sovereignty. All political power is vested in and derived from the people. All government of right originates with the people, is founded upon their will only, and is instituted solely for the good of the whole.

Our state senators and representatives do not have the legal right to overturn the will of the people. Yet they did it anyway! The new law is capricious and mean. It hurts almost everyone involved. Most of the time, you can ferret out the impetus behind legislation by following the money; by seeing who benefits from the bill. Let’s give that a try here by looking at everyone affected by changed to Montana’s laws:

So who wins? Only two groups of people: illegal drug dealers and the drug companies who manufacture the narcotics that replace medical marijuana.

I contacted my state Senator, Jason Priest, before the bill was passed and urged him to vote against it. He responded:

The status quo is not going to work. After looking at the original ballot language it is clear that the voters approved a compassion model, not the legalization of mj. While I agree SB 423 is an ambitious regulatory model, it is better than the status quo.

I’m confident that those who need mj will be able to get it. Frankly, I think those who want it from the black market won’t have any troubles getting it. If legalized mj is the goal, that needs to be presented fairly to the public.

In other words, he’s encouraging sick people to seek out illegal drug dealers. The response from Representative Joanne Blyton is even more telling.

On the medical marijuana issue, overwhelmingly the messages are to repeal. Second to that is support for 423, reform and sideboards.  If my personal feelings were considered, I would give it back to the voters to take a re-look.  But my decision has to be for the betterment of the whole state.

While some prefer what is currently taking place in our state, it is NOT what the voters thought they voted for and they will tell you that.

To paraphrase, she thinks that the voters (that would be you and me) were not smart enough to understand the wording of the initiative we voted for. She believes it’s better for the whole state if smart people like her figure out what to do for us instead of letting the voters make our own decisions. I am thoroughly insulted.

Now I understand. People like Senator Priest and Representative Blyton have sold us out. They have violated the state constitution, overridden the will of the people, hurt thousands of cancer and glaucoma patients, taken money from the state coffers, and put a new burden on our state’s law enforcement — all to benefit drug dealers and pharmaceutical companies.

We have been betrayed.

← My day? This made my whole MONTH!
Pints for Prostates →